O scale trains are used to make model trains as toys or to as displays. They were originally introduced by a German manufacturer around 1900. In the O scale train model productions, details and realism were a secondary concern. The primary concern of O scale train models were costs, the ability to be easily operated and their durability.

It was a popular choice mostly to model railroad O scale train layouts in the US and it remained so until the 1960s before other manufacturers began to introduce things like the N scale trains or the HO scale trains. It still remains popular with the hobbyist who likes to run trains or to keep a collection in their home.

What are O scale trains

O scale trains are one of the most popular scale models of trains. While some other modelers prefer to use other scales such as HO or N, a scale of this size lets modelers design train layouts with the most amount of detail possible. Although O scale trains weren’t designed with detail in mind, their size still allows for a really eye-catching display and train layout.

For people who care about running the train more than the details it has, this is a great option whether they want to craft or buy a ready one. O scale trains are larger than OO or HO scales. In fact HO scale is half of O scale size. The reason some manufacturers made bigger models like O scale train models is that they mostly are trying to display how a train works. But today there are many manufacturers that made O scale train models and pay a great attention to the details as well.

This makes the model be very popular and very eye-catching.  The only problem that can be is when a hobbyist want to make a O scale train model in his/her house. The problem is finding a space for it especially if you have a collection of train models. So mostly O scale train models are used as display only. For example in train stations or where lots of people will look at the model, the size of the train makes more sense. 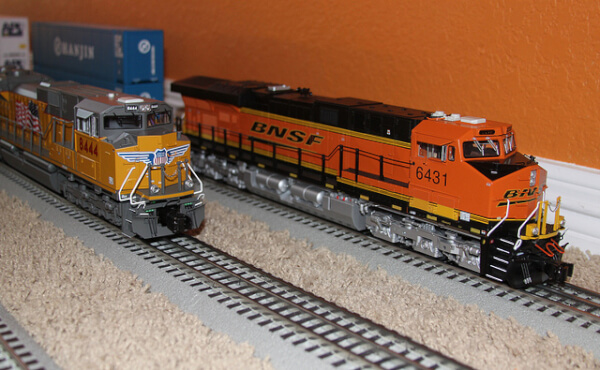 Manufacturers came up with different scales because they realized that their best selling trains were those what were made smaller. So they tried to produce train models using scales that are very detailed and small enough. During the great depression, due to economic pressures, it was impossible to produce larger trains. So creating O scale trains considered to be budget-friendly. Before the WWll, O scale trains varied. Many of the designs were 1:48 or 1:64. Although there were different scales all of those designs ran on the same track.

They would be used together and run as part of the same train depending on the manufacturers. Around 1990s O scale trains started to focus more on the details to make the production more life-like after the scale became very popular among producers and hobbyists.

The scale is related to the size of a model comparing to the real thing. So when you are making an O scale train model which has a scale 1:48, it means that to craft the model, you have to divide the measurements of the real train by 48. This is not just about the train; you have to scale everything in your model including the settings, figures, etc.

The distance between the rails is called gauge. There are many different scale track gauge around the world. When manufacturers use narrow tracks, O scale gauge is different than 1:48 standard ratio and it becomes 1:32. Some of the manufacturers prefer to use different ratio for gauge. They usually use wide or narrow gauge railroads.

To build a train model the first thing to do is to decide what kind of a setting you are going to use. The setting is entirely up to you; Do you want to build a train yard, a mountain pass, or even a wild west town with a train running through it? Totally up to you!

You can add many details to your setting such as bridges, trestles, cars, buildings and any other creative details of your choice. In this day and age, there’ll be a company out there that will make whatever it is you’re looking for.

If you’re not using a ready-made model and are trying to piece the train or item together yourself, each individual model will come with their own instruction pamphlet you should follow.

The material that you can use in your builds includes aluminium, plastic, zinc, steel, paper, cardboard, or nearly anything else you can think of. If you are running electricity around your board, just make sure that you’re careful so that nothing can conduct a current and electrocute you!

You must carefully use glue to fasten the joints altogether. You can also use either screws or nails depending on your design or your choice of material. 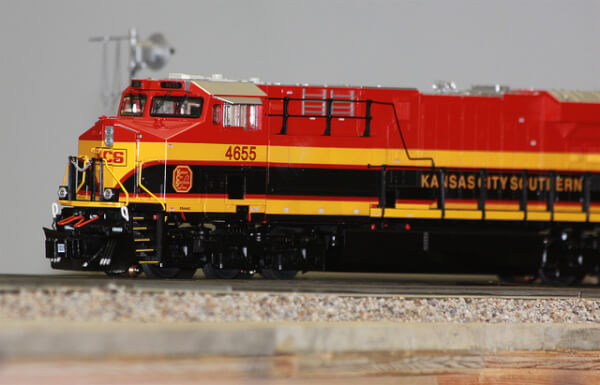 Check all the corners and all the surface and remember that they need to be sanded for a better appearance. To build a model with great quality you must be very careful when you stick the joints together, or place your models around your layout. You can also use different material when you finish everything to give the whole model a clean shining appearance, especially on water. For example, if you have used wood in some parts you can use a finishing coat on them. This helps them to have a shiny, clean look and also protect them from damages.

Many people are attracted to trains, whether it’s the model or the real thing. If you are a train lover you should try to model your own O scale train.

One of the best reasons why it’s advisable to start with O scale is that it’s a scale in which you can add many details to the one layout.

It is far easier to make sure the train model is going to operate perfectly as it is working with a smaller train layout too.

If you own a lot of scaled trains, of course, the scale you are going to use will be according to the space you can provide for them.

There are great products available in O scale. You can find different products from different manufacturers and mix them all together in your model to make something amazing. You don’t have to work with only one manufacturer.

Provide lists to make sure you are not missing any item. Check the costs and make a good decision. After all, the best choice is when you purchase good quality that is also budget friendly.

Or this one if you wan’t to jump straight into the best brands of model trains!

3 thoughts on “Top Tips and Facts about O Scale Trains”